Study for a cosmic city
graphic sequencer and electronics, 2019

Study for a landscape
smartphone quartet and electronics, 2013 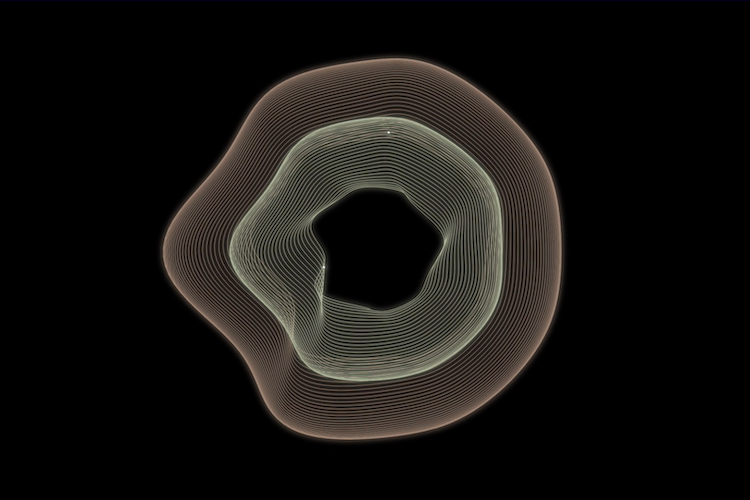 A journey into a primitive and abstract space inhabited by two subjects who move along different paths that never coincide, but influence each other. They appear or hide. They linger or run away.

This algorithmic audiovisual work produced during the COVID-19 lockdown is based on a dynamic graphic score that controls the generation of notes on a MIDI piano according to a set of probability rules. The unfolding of events is governed by uncertainty.

Study for a cosmic city graphic sequencer and electronics, 2019 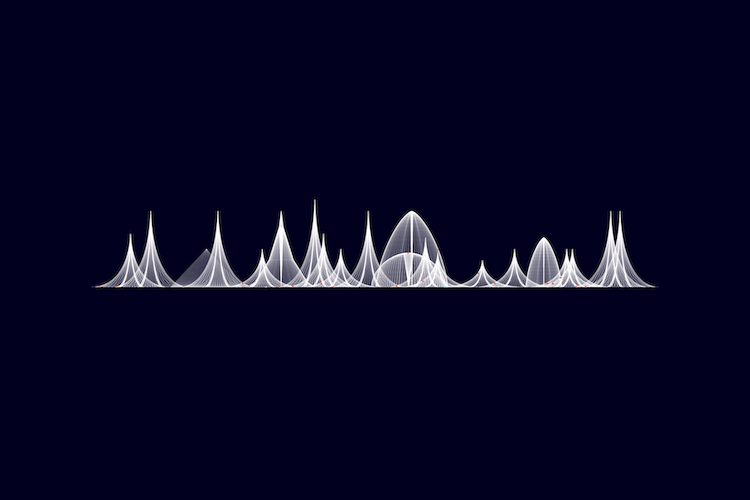 Study for a cosmic city is inspired by a utopian urban planning proposal exposed by the composer and architect Iannis Xenakis in an essay entitled La ville cosmique (1965).

In an attempt to relate computer graphics to the formalization of sound, the structures that characterize the utopian city are designed using superquadratic curves capable of describing reasonable variations in amplitude and pitch. Parameter values extracted from buildings and paths are used to process sound materials from unidentified radio transmissions actually received around the world. In the graphic representation, each building transmits a specific radio signal whose quality and intensity depend on the position of a cursor, also interfering with the other sound sources. Paths on the ground, on the other hand, define the macro-formal articulation of the audiovisual work as well as the virtual localization of the processed audio signals. 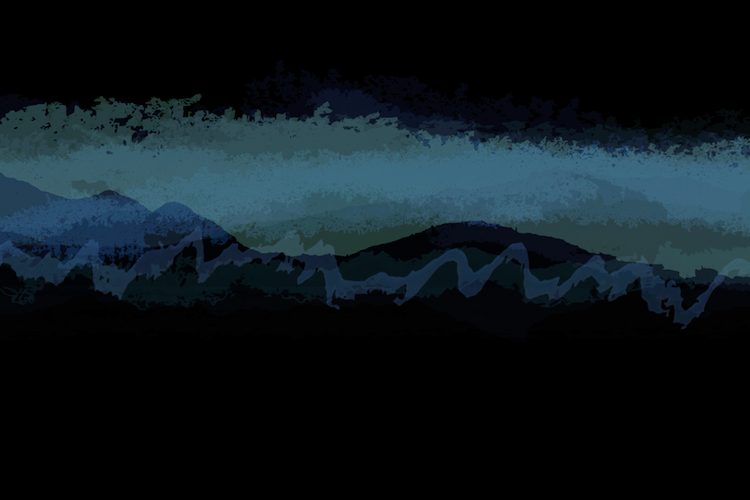 Based on a maritime landscape, this work began with the research and collection of traces that characterize a specific context by means of field recording, photography and drawing. The materials obtained constitute a narrative substratum of the work, which emerges with various degrees of transparency according to an algorithm operating in realtime. Without claiming to define the identity of a place, the enigma is preserved through a counterpoint in which matter and appearance provide an ambiguous reference, or a principle for finding a symbol in one's memory. 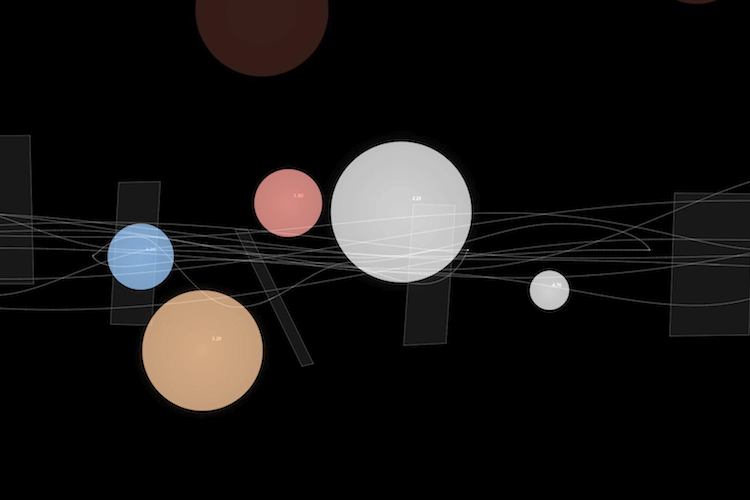 Engi is an audiovisual work based on a sonification of stellar data relating to the northern constellations. Parameter values are graphically represented and related to observational data as well as physical characteristics of the stars: the sound duration is proportional to their distance from the Earth, the amplitude is calculated considering their apparent magnitude, while the fundamental frequency changes according to their spectral class. Six temporal dimensions are used in order to activate the stars with a combinatorial system that produces a continuous change in the articulation of events over time. 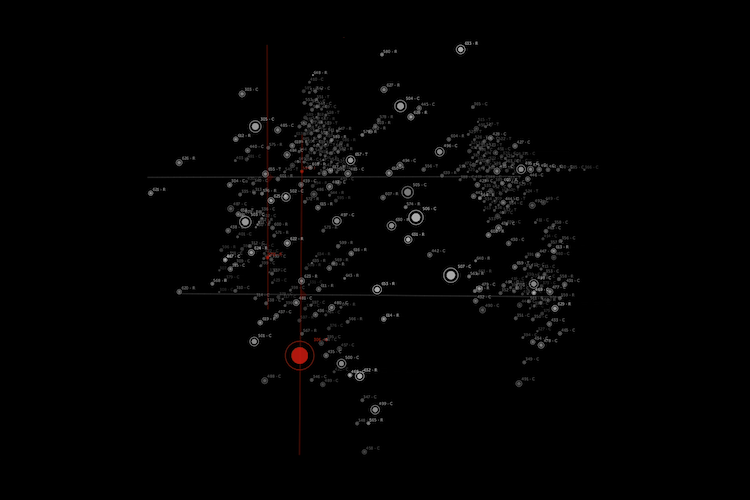 This work begins from the exploration of an imaginary celestial space which is translated into sound space. How does each celestial sphere – starting from its manifestation as a unit – interact with the cosmos where it belongs? How does it react to its law? How does it transform itself integrating with the system, until the loss of identity? In contrast to this process, the constellations act by highlighting the bodies in their uniqueness through the creation of symbolic links: beyond their meaning, they stand as a classification and articulation device of the individual within the system.

Center for Computer Research in Music and Acoustics (Stanford, 2014) 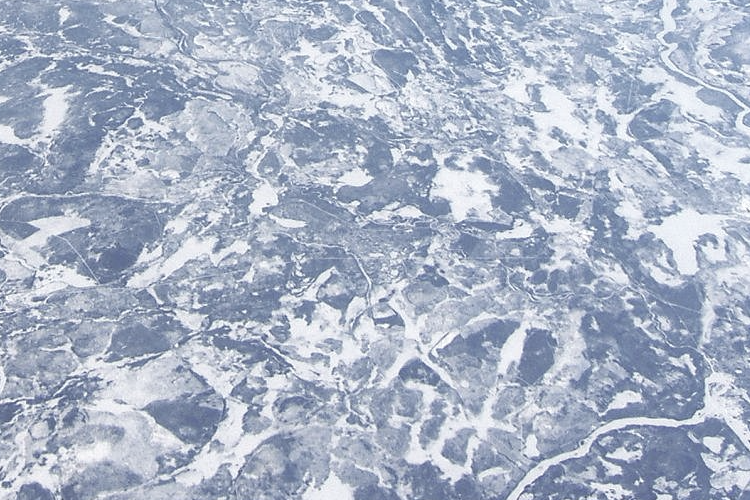 The low frequency radio waves that propagate in the Earth’s atmosphere assume distinct characteristics in relation to the emitting source as well as the receiving point, affected by phenomena such as reflection, refraction, diffraction and absorption. Considering the electromagnetic radiations generated by natural disturbances, these phenomena have been transposed into an audio feedback network in order to obtain imaginary results by exploring the effect of space-time parameter variation: a kaleidoscope of sounds floating in a dynamic system with ever-changing variations of the rules of the counterpoint. 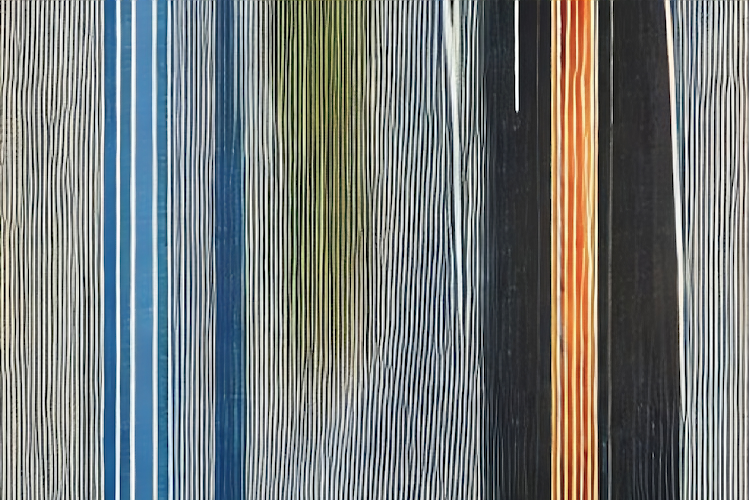 Vision II blends elements – including two graphic scores by Robert Moran and the soundscape of the city of Venice – which came together accidentally, as objects of a dream and a vision. Not the world-vision (i.e. the cosmology of positive and negative), but the counterpoint between appearance and anatomy of the image in its acoustic quality. The visual part determines the sound design aspects: it generates and controls the sound, integrating the particularity of the instant and the contingent. 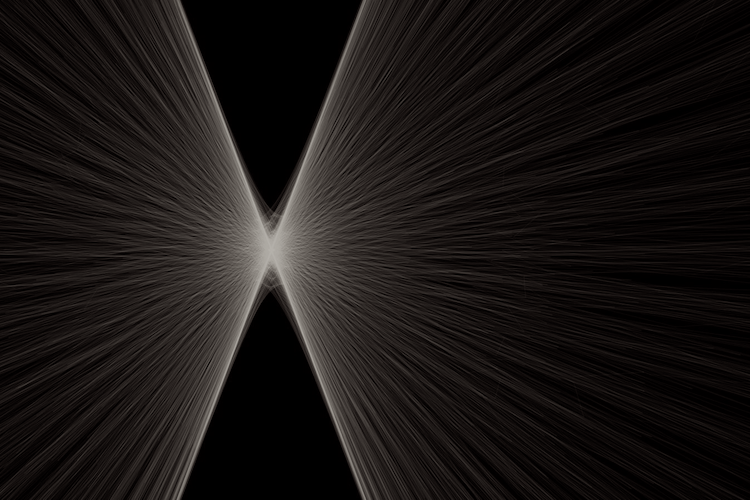 Axon is pulse and transmission. Synchrony and diachrony. Dissidence and paradox. No more sonification and no more spatialization. Game and irony. The labyrinth-machine automatically produces movement that defies the will of the creator. No genealogy in Fibonacci's automata rabbits. No interpreter at the piano: the logos without the pathos.

A computer generates MIDI data to control an acoustic piano following a score in which three types of events are notated: clusters, scales and random sequences. Piano sounds are processed in realtime with an ad-hoc system based on a feedback network made of eight processing units.